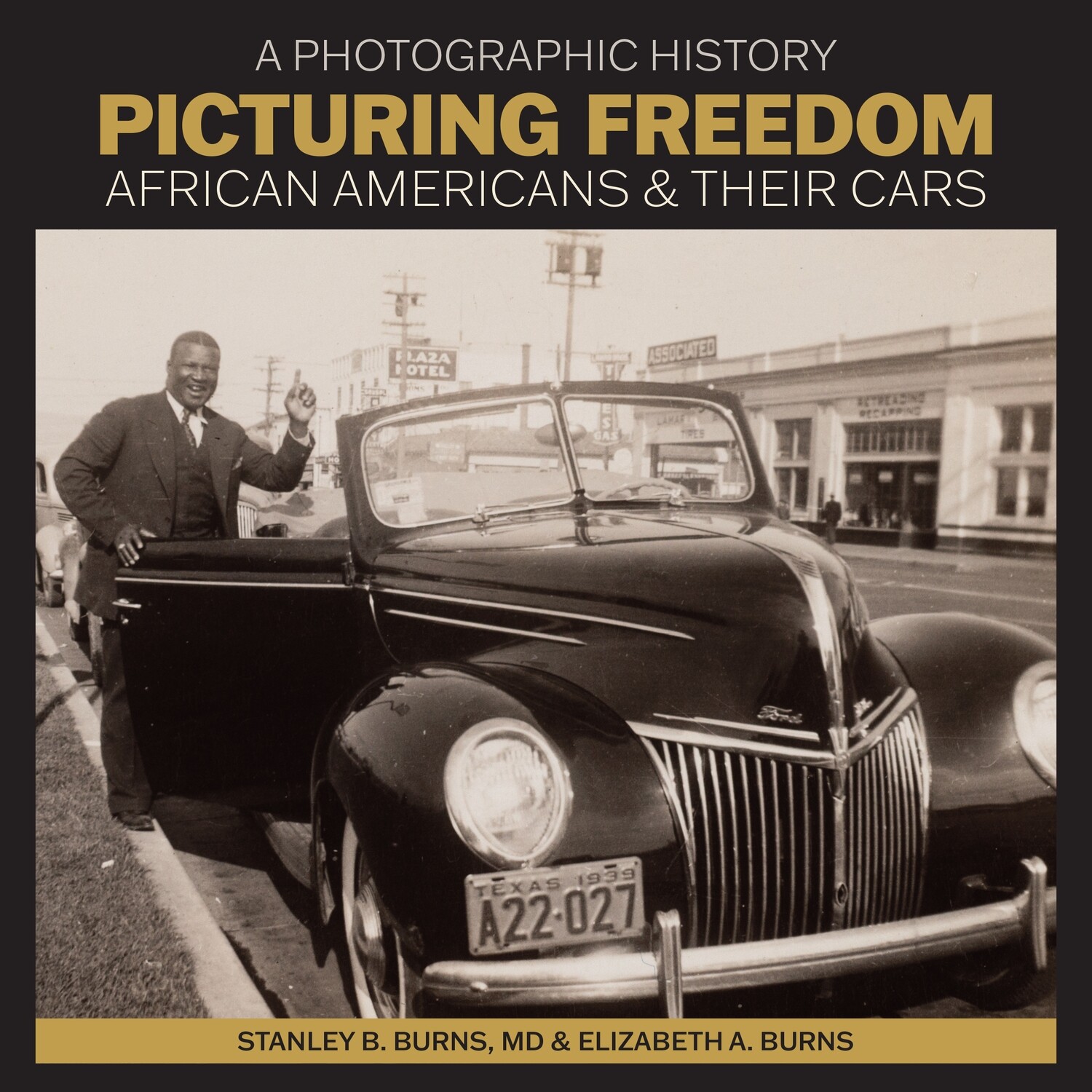 Picturing Freedom, a meaningful celebration of African American life, chronicles the photographic history of the pride and joy of car ownership. The 272-page book includes over 450 photographs; histories of photography, car freedoms, and travel; personal photographs of legendary photographer Chester Higgins, Jr. and public health advocate Gerald Deas, MD; prefaces by the authors; and a comprehensive history of The Burns African American Collection. Picturing Freedom is the sixth book from Elizabeth A. Burns and the fiftieth from Stanley B. Burns, MD & The Burns Archive.

Cars occupy a unique economic, political, social, and cultural place in the history of America. For African Americans, they were much more than just a tool of economic empowerment and a means of escape from the racist treatment of mass transit; car ownership was a step towards the American Dream. It was a rite of passage for the middle class – to be able to purchase a car was proof of arrival into a new social and economic stratum. The car was unequivocal evidence of Black success and an important symbol of status in a country that had long fought their advancement in every area.
There were, and still remain, numerous challenges for African American car owners. The United States has been shaken by countless photos and videos of deadly police violence against Black and Brown Americans, often while driving. These images have captured the attention of the American public and reignited discourse about the long historical tradition of Black car ownership and the terror inflicted upon Black drivers in their cars. The images in this book capture another view of Black America.
Car ownership was purposely and proudly photographed. Almost all of the photographs in this book were taken in Black communities. They are not professional photographs; instead, they were taken by a family member or a friend and reveal how African Americans represented themselves. These photographs are evidence that withstand time, supplementing the written history, and are seminal visual documents of the significance of the automobile in American life and culture. This compilation of over 450 unique photographs is an inspiring visual narrative illustrating the pride and joy of African American car ownership.
272 pages | 450+ photographs | 7.5 x 8.5 inches | Softcover | ISBN: 978-1-936002-12-2 | 2022
Save this product for later
Display prices in: USD
bottom of page